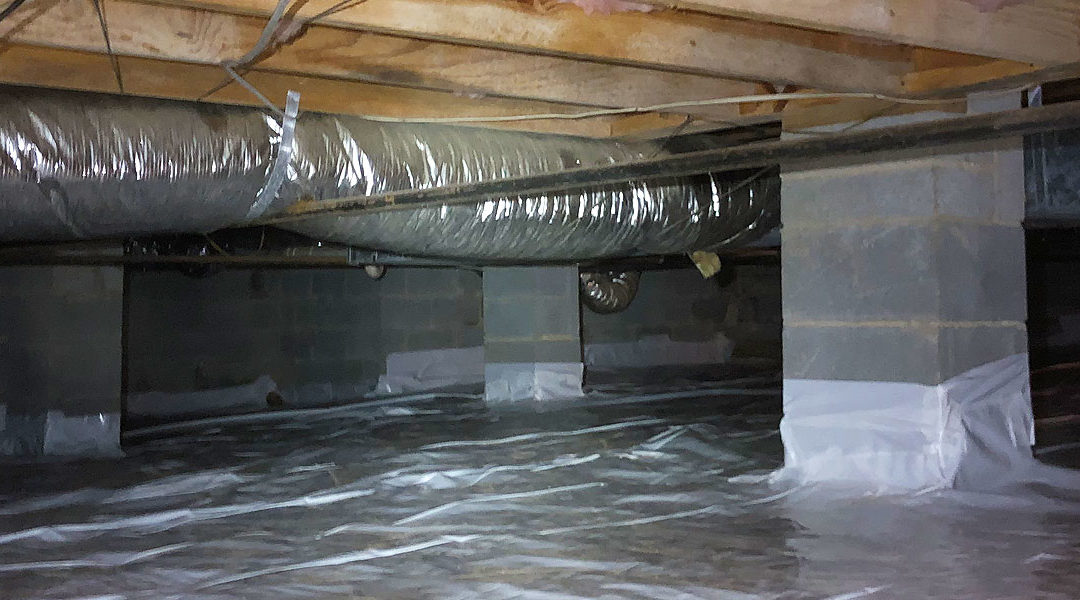 I hope you are enjoying this series on common home inspection findings. If you haven’t read the previous blog posts, I highly recommend you go back and check them out! The next top is vapor barrier. Most homeowners rarely, if ever, go into their crawl space.  The idea of crawling through a confined area that is dirty, hard to navigate if small, and possibly housing bugs, spiders, and other creatures, is too much for the faint of heart or squeamish.

In addition to being unappealing, a crawl space can be the source of many home problems, so it should be an area that is part of your regular home maintenance.  One of the home inspection findings we at Nest Egg see often is missing or inadequate vapor barrier coverage.  A vapor barrier is typically a plastic ‘liner’ that covers the dirt ground in the crawl space.  Its purpose is to prevent the evaporation of ground moisture into the crawl space.

The thickness of vapor barrier plastic is measured in mils. At a minimum, a crawl space vapor barrier should be 6 mils. To give perspective, a piece of paper is typically 4 mils.  A penny is about 60 mils.

Moisture creates the most problems for a crawl space.  Moisture can lead to damage of the wood structure, insulation, the HVAC system, and cause organic growth.  Damage to wood shows as rot, which will make it weaker.  This can cause structural movement, settling, and leaning of supports.  Moisture in the insulation will reduce its insulating value.  Insulation will hold moisture, causing higher humidity levels in the crawl space.  Holding water will increase its weight, which will lead to insulation falling from the floor joist, no longer insulating the home, and causing increased energy costs.

So, keeping moisture levels low in a crawl space is important for many systems of your house.  Adding a complete vapor barrier coverage is one of the easiest ways to keep moisture levels low.  If it is missing completely or does not cover 100%, it pays to get this done.  A qualified crawl space contractor or handyman can do this job.