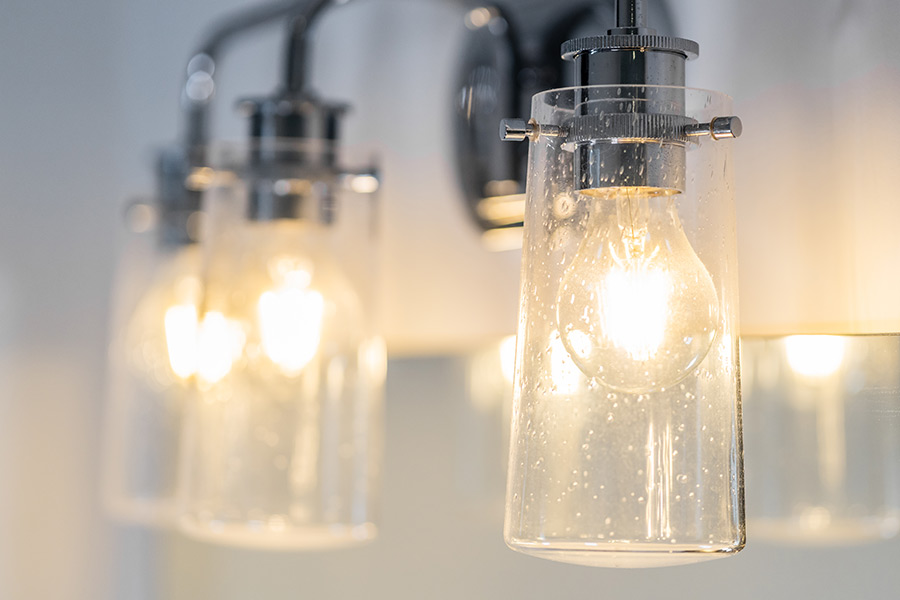 Burned out bulbs are not just an annoyance; they can pose safety hazards depending on where they are located. Rooms without windows as well as staircases and basements can be dangerous to walk through without lighting.

Imagine just 100 years ago when indoor lighting was not common. In 1925, it is estimated that only 50% of homes in the US had indoor electricity able to power lighting. It was not until the end of the 1940s that most US homes had indoor electricity. Today, we take it for granted and feel as if we’ve time travelled to the Dark Ages if the power goes out during a storm. Thomas Edison was not the first to invent a light bulb, but he did invent the first practical one. The bulb he first developed in 1879 burned for a whopping 40 hours!
Today, an incandescent light bulb can last up to 3,000 hours. Some LED bulbs can last up to 25,000 hours! Quite an improvement. People were amazed, and often terrified of this new technology. When electricity was first installed in the White House in 1891, President Benjamin Harrison and his wife were afraid to touch the switches lest they be electrocuted. That job was left to White House staff. Now, children operate light switches, and we are annoyed when a light does not turn on immediately after operating the switch.
Burned out bulbs are not just an annoyance; they can pose safety hazards depending on where they are located. Rooms without windows as well as staircases and basements can be dangerous to walk through without lighting. Exterior lighting is not only aesthetically pleasing, but also aids in entry, exit, and home security. Not surprisingly, this is another of the common findings in a home inspection – lights that do not work. The overwhelming majority of the time, it is simply the result of a burned-out bulb. But, during an inspection, it is not always possible to determine that it is the bulb and not an electrical or wiring issue.

An inspection report will usually report a light that does not work as ‘non-operable,’ with an explanation that the cause cannot be determined. As a seller (or homeowner), the easiest way to eliminate this possibility during an inspection is to go through your home and check all the lights. Make sure they all operate properly. Make sure dimmer switches work. If not, change the bulbs before the inspection. This seems a small item, but it is easy. And it goes a long way toward making your home more inviting and visually appealing.
Finally, just a note of safety. Be careful with broken bulbs. You can be cut by the broken bulb. A bigger concern is being electrocuted. Do not stick anything in the socket that will cause a shock. There are safe ways to get a broken bulb out of a socket. Make sure you remove it safely. One of the easiest ways to keep your home safe and reduce the number of items that show up on an inspection report. This is a do-it-yourself job.